Chartered Professional Accountants Education Foundation of BC Annual Scholarship
CPA doubled their commitment – from one $2,000 award to two $2,000 awards annually

This award, provided to two UFV students in the Bachelor of Business Administration program with an accounting concentration and third year course in progress, is awarded to those intending to enter the Chartered Professional Accounts program. A recent meeting by Sheila Reimer, UFV Advancement Officer, David Leis, Director, Advancement, and Frank Ulbrich, Director, School of Business with David Chiang, Vice-President, CPA Member Services resulted in CPA Education Foundation’s commitment to double this award and consider additional opportunities for the CPA Education Foundation of BC to partner with UFV and invest in our students.

The Rotary Club of Langley gave $25,000 to name this Scholarship for Eric Bysouth. Eric was a very active member of the Langley community for over 40 years, and was a recipient of the H.D. Stafford Good Citizen Award in 1993. Among his many activities over the years were involvement in the Langley Rotary Club, Valley Transportation Advisory Council, Langley Reunification Association, and the Arboretum and Botanical Society of Langley. He was also involved in Scouting and as a volunteer with the YMCA.

This Scholarship will be awarded to students in the Faculty of Science – Engineering (both transfer and diploma programs) and is open to all Canadian or permanent residents with preference given to those from Langley. 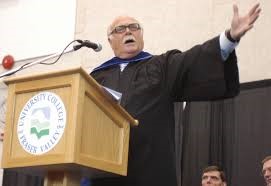 This Bursary was established in 2014 at UFV as a result of a conversation with and the founding generosity of the Fraser Valley legal community.  The award was originally set up as a one-time annual bursary, it has now been converted to an Endowment Bursary thanks to recent donations.

According to his Abbotsford West MLA, Mike de Jong, “Jack, in addition to being a remarkable trial lawyer and skilled jurist, was noted for his zest, love of life, his sense of humour – frequently revealed in the strange circumstances that often characterize very serious trials and criminal trials.”

“The only thing that Jack will be noted more for than his skill in a courtroom is his philanthropy in the community. He was generous in the extreme, and no cause was too small to attract his attention and support.”

Dr. Harris received an honorary doctor of laws degree from the University of the Fraser Valley in 2008. 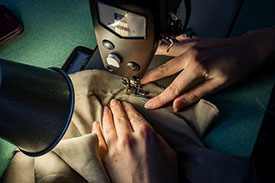 Established by Télio Foundation, this Scholarship is to be awarded to the 2016 Fashion Design 2nd year student who has excelled in the three core components of the Program: Design & Merchandising; Fashion – Form and Development (pattern development and production processes and Textiles as well as attaining a GPA of 3.5 or higher in the Fashion Design Program. 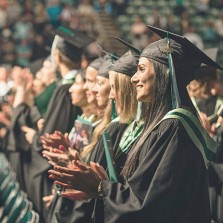 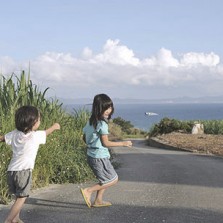 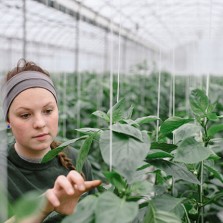