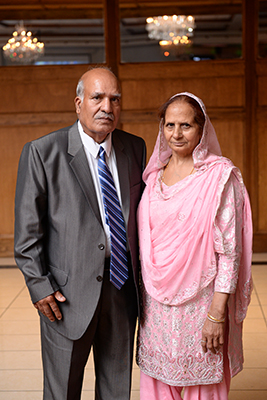 Gurdev Kaur Parmar was born and raised in Punjab, India. She was a homemaker in India and raised five children.

She permanently moved to Canada with her entire family in the year 2000.

Gurdev was a strong believer of education and she worked very hard to ensure that her children received the best education that was available and that they succeeded in every aspect of their lives.

Gurdev passed away on July 15, 2019 in Abbotsford with her family by her side. She left behind her two sons, two daughters and seven grandchildren.

The Gurdev Kaur Parmar Memorial Endowment Leadership Award has been set up by the Parmar family to honour and remember Gurdev every year for something that she has always stood for which is unconditional giving and hardwork.